5 Myths vs. Facts: All About Black Cats 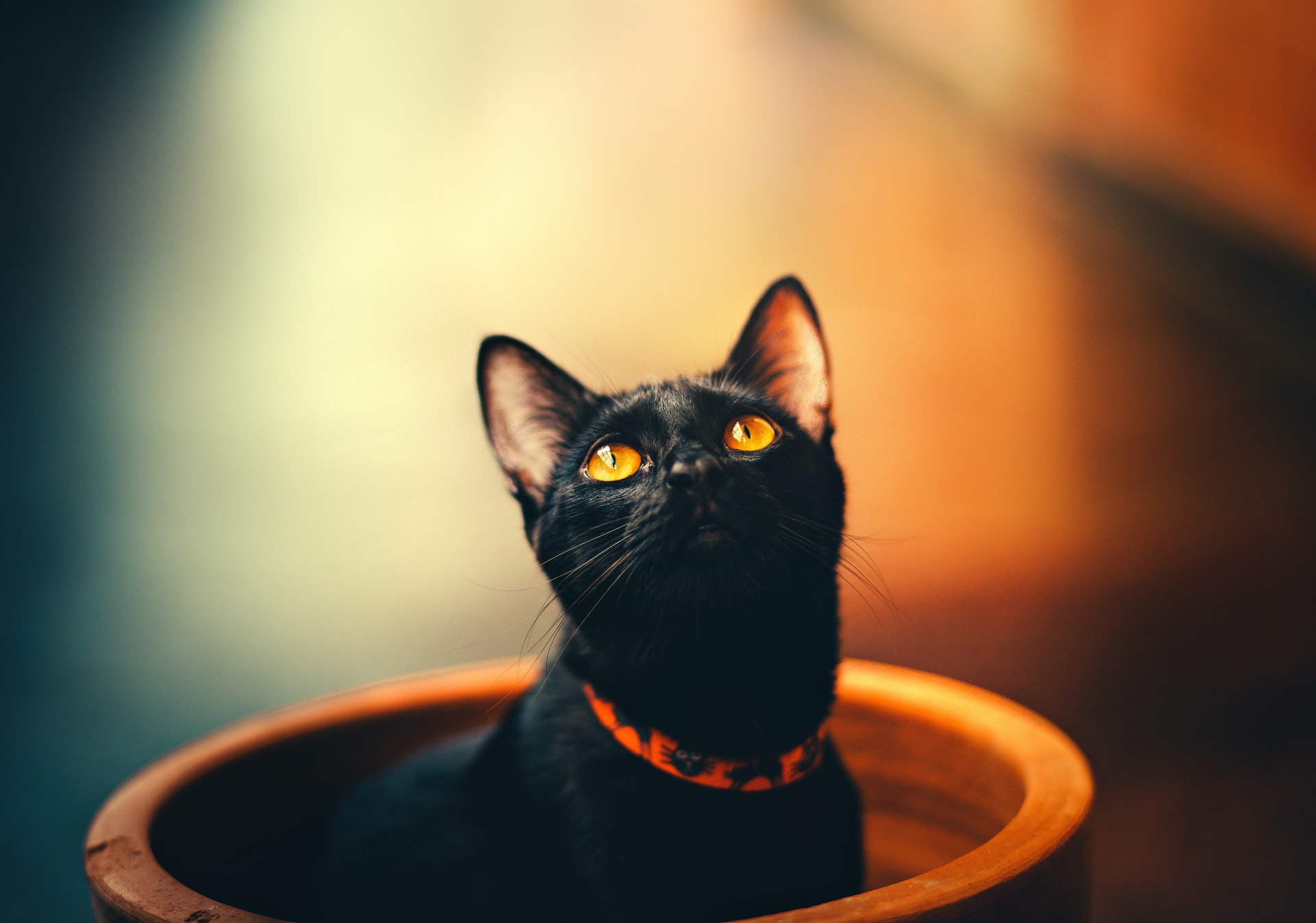 Photo by Helena Lopes on Unsplash

With Halloween just a month away, black kitty cat costumes, spooky decorations, and pictures of black cats in witch’s hats are starting to make their annual appearance. Most everyone is familiar with the black cats’ notoriety and association with witchcraft and bad luck. But how did these legends get started, and is there any truth to them?

Below we’ll take a look at some of the most common myths (and facts) surrounding our precious dark-haired furry friends.

MYTH. While it’s a commonly held belief in the Western world that black cats are bad luck, this, of course, is a myth. Though false, this legend originates from the Middle Ages. It was said a black cat was seen entering a supposed witch’s house, and the fear of these animals grew from there.

Black cats were then not only associated with witches and witchcraft, but nocturnal kitties were thought to be witches in disguise that had taken on a different form. Throughout several centuries, black cats were killed, including during the Salem Witch Trials in the late 1600s in Massachusetts.

FACT. While most Americans recognize black cats for their bad luck, some countries praise black kitties for the fortune and good luck they bring. In Japan, it’s believed that black cats bring young women respectable suitors, and these felines are honored for their matchmaking capabilities.

In ancient England, sailors held fast to the belief that black cats would bring them good luck and ensure a safe trip home. Even in present day Scotland, a black cat that wanders onto your doorstep is thought to be a sign of prosperity and good fortune.

FACT. This one might come as a bit of a surprise, but black cats can, depending on their genetics and family history, appear a different color. How can this be? While our ebony four-legged friends don’t exactly change colors like a chameleon, cats that genetically have some tabby stripe in them can in fact appear a rusty brown color.

As kitty lounges in the sun, those rays do more than provide her with Vitamin D. They can break down the dark pigment of her fur, leaving behind a brownish tabby cat stripe.

MYTH. It’s widely believed that black cats and dogs are adopted less frequently, and you may have even heard that from a friend who works in an animal shelter. However, in 2013, the ASPCA conducted research indicating the opposite.

Dr. Emily Weiss told TODAY.com that data from the ASPCA’s research, including how long black animals remained in shelters, “busts this myth completely.” In fact, she noted that an animal’s color did not play a role at all in which animals were least likely to get adopted.

Why is this such a commonly held belief then? Because there is such a large number of black dogs and cats in the world, Dr. Weiss believes a greater population of black animals in shelters may give the impression that they are adopted less frequently.

FACT. This may be surprising, but it is nonetheless true. While black cats are not completely immune from contracting any and every illness, according to the National Cancer Institute in Maryland, the genetic mutation that gives them their lustrous, long, black locks also provides a defensive barrier against certain diseases. As a bonus, the same mutation mentioned above is also present in the genes that help provide protection to some humans against HIV and AIDS.

So while your black furry friend isn’t free from every worry, hopefully it means you’ll have fewer vet bills.

Thanks for stopping by! We’re glad you’re here and hope you enjoyed learning different myths versus facts about our black furry friends. We’d love to hear from you! What are some of the craziest myths or facts you’ve heard about black cats?