How to Find the Best Reward for Training Your Cat 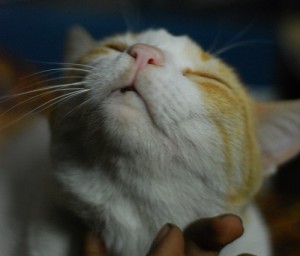 As a pet sitter, we hear a common misconception that cats are unable to be trained. There is no doubt that cats are a lot different than dogs, and I am sure cat owners are glad for that because if they wanted an animal that acted like a dog, they would get a dog.

Though a cat acts and responds differently than a dog, it does not mean they are untrainable. Cats require a different method, patients and a little bit of finesse.

The major reason there is a need to train a cat differently is because of their purpose they were bred for. From the beginning, dogs have been bred to be “man’s best friend”. Dogs were meant to work alongside humans.

On the other tail (All pun intended), cats were bred for the purpose of killing vermin like mice. They were meant to be left alone and guard the home.

Understanding these differences can go along way in helping you train your cat. Since cats were bred for their purpose of hunting vermin, they have developed personalities that are independent and more apathetic for pleasing humans, unlike dogs, so they are less motivated to be trained.

As a result, it requires a reward that is irresistible, so irresistible that your cat acts like a kid in candy store, or like a woman in a shoe store. You may already know the treat, toy or action that your cat loves and could never get enough of or you might have an idea, but you are not sure.

Here is how you can find the best reward to motivate your cat for training:

There are three different types of reward treats that you can use to motivate your cat, these are also the same as motivating a dog. They are, use a treat, reward through praise and touch, or reward through play or a toy.

Cats are least likely to be motivated by praise because they were not bred for human companionship. They might be motivated by toys, cats do love to chase and play with toys.

When training cats, they are most likely to be motivated by a treat. This could be tuna, cat food, or anything else your cat might like.

If I could give you a single piece of advice for finding a reward for your cat it would be test every treat imaginable. Cats are like humans and have different tastes, preferences, and personalities.

What motivates one cat may not motivate the other cat. Does you cat seem half interested in using cat food as a reward, then test another treat that may be more satisfying.

Eventually you will find that reward that your cat absolutely loves. Once you find the treat your cat loves it will be possible to train your cat.

In order for the reward to always be irresistible it is important that you do not spoil your cat because the reward may eventually lose its appeal.

To avoid this, give your cat other rewards that they still love, but may not be like a kid in a candy store for. For example, if your cat loves its cat food, then reward them with the food, but on occasions give your cat a toy that they love.

Be sure to pick the right reward type, which is almost always treats for cats. Next test every treat until you find the perfect one, then be sure to spice it up occasionally so your cat does not get bored with it.